A sculptor and long-time resident of the Whaling City that has had a profound impact on the local art scene.

Here is his story… Hauck, who was raised in Toledo, Ohio, moved to New Bedford in the spring of 1977, with no plans to attend an art school. He came to work, and to spend the summer with his older brother, Thomas, who at the time was the staff architect for WHALE, the organization, then in its’ infancy, devoted to the preservation of building of significance along in what eventually become known as ‘the historic district.”

The younger Hauck tells of getting off the bus and being met by his brother and brought to the office of WHALE, where the first two New Bedford residents he met were John Bullard and Tony Souza, both who would also leave indelible marks on the city.

Thomas Hauck worked as the staff architect for WHALE from 1975 through 1978, and was instrumental in the design of the cobblestone streets of the historic district, ensuring handicapped access, and working on the restoration of several significant properties, until he departed for a position in New York City in 1978. (Thomas Hauck sadly, died in 1992 of lymphatic cancer.)

During that first summer- and well beyond- in New Bedford, the teenaged Chuck Hauck apprenticed with the restoration company Pygmalion, under the tutelage of master craftsmen and building salvation experts Michael Warr and Chris Throop. As summer wound down, Hauck, living with his brother at the Andrew Robeson House, near the old Swain campus at the junction of Hawthorn and County Streets, took notice of the attractive, young women passing by with increasing regularity.

Libido firmly in check, Hauck inquired as to where they were going. Libido healthy, Hauck applied to Swain on the Friday prior to September classes beginning and was accepted in by David Loeffler Smith. He became a full-time student on the following Tuesday.

At Swain, Hauck became immersed in the Foundation Program, which exposed students to day-long drawing classes, and exposure to the then-traditional four Swain majors- painting, printmaking, graphic design and sculpture.

Hauck says, “The classes were only part of the education. The after-school stuff… the social part… is where we really learned. Every weekend, someone was putting up a quick show, we learned how to do openings… we learned from our contemporaries… there were no dorms… we filled the voids in the neighborhood with parties and art.”

He continued, “I hated art history as a class, but loved to talk about art. Argue about art. Reading Greenberg – with all his formulas and theories – was horrible, but listening to Frank Stella talk… that was different. That was incredible. That was art.”

At Swain, Hauck had two sculpture instructors who played formative roles for him. A self-confessed “difficult student,” he studied with Newport, Rhode Island sculptor Russell Daly, who emphasized fine craftsmanship and technique. The other instructor, a young woman only several years older than Hauck at the time, Robin Taffler, encouraged a sense of playfulness and the introduction of color to his work. Daly’s sense of high craft and Taffler’s suggestion “to have fun with it” remain evident in Hauck’s work to this date.

Several years after graduating in 1981, Hauck and a dozen or so other Swain graduates formed the 2nd Street Art Exchange, which was an early forerunner to Gallery X. Housed in an old brick building behind Freestone’s, Hauck and his colleagues used the rough, loft-like space as shared studio, gallery and performance space.

When Freestones’ owners converted that space to offices in 1986, the 2nd Street Art Exchange ceased to exist, but Hauck clearly saw the need for Swain alumni, and their friends, to think about long-term gallery space.

In the fall of 1982, Hauck and another Swain sculpture grad, John Moylan, as well as yet another Swain attendee, Bob Flynn formed a crude little band known as the Rasta Band. Hauck, not a trained musician, became the lead vocalist, while Moylan drummed -literally- on Quaker Oat boxes. Flynn, a self-taught guitarist, provided the stings. And he broke many. The Rasta Band grew to include John Neiman, Kathy Crawley, Bob Maker, and many others. By Hauck’s estimate, about 30 people can lay claim to being members of the Rasta Band, at one time or another.

The Rasta Band never got much beyond playing gallery gigs or open mike nights, but some of the songs are legendary in the New Bedford art-and-music scene. I Love New Bedford has the classic line, “I love New Bedford, Fall River, Fairhaven…and the area.” And Monkey Face feature this beautiful wordplay: “She has a monkey-face, but I don’t care… she likes me in my underwear.” The Rasta Band has been instrumental (no pun intended) in fund-raising for any number of art venues and serves as a template for a large group of individuals coming together for the benefit of the art community.

Hauck’s greatest contribution to the local art scene, however, came in 1990. Hauck proposed organizing a group of artist to do a one-time show to coincide with an event involving the Ernestina that August. That event was called A Public Hanging. Renting space on Spring Street for the month, Hauck quickly rallied a group of about thirty artists to display their work.

It was a resounding success. Hauck grasped the reins and organized an unruly bunch of self-important egotistical artists into a cohesive group that included Bob Maker, John Neiman, Craig Coggeshall, Richard Vanasse, Pam Power, Sung-Hee Chung, Diane Conlon, Karen Mc Gowen Anderson, Diane Cournoyer, Barbara Worthington, Stephen Richardson, John Moylan, and many others (including the author of this profile). The group became the collective of visual, literary and performing artists known as Gallery X, so named because of the original space’s proximity to the Y and the Z.

Hauck served as the gallery president for the first two years and has remained a steadfast member since, wearing any number of hats: occasional curator, exhibition juror, physical plant manager, show hanger, community organizer, rabble-rouser, and fundraiser. He was instrumental in the restoration of the old church on upper William Street that is the current home of Gallery X. But Hauck’s most important role at Gallery X is far more ephemeral: he is the heart and soul.

Hauck has embraced yet another undertaking of artistic and cultural significance to the city of New Bedford: the restoration of the long-abandoned Orpheum Theatre, in the south end of the city, where Route 18 terminates. As president of Orpheum Rising Project Helper (or simply ORPH), an all-volunteer non-profit organization devoted to returning that grand old lady to her glory days, Hauck works relentlessly to raise awareness, funds, and public empathy. The Orph is in good hands.

It is safe to say that the cultural landscape of New Bedford would be vastly different – and far less dynamic- without Chuck Hauck’s involvement. There have been no 2nd Street Art Exchange, no Public Hanging, no Rasta Band, no Gallery X, no ORPH Rising….and by inference and trickle-down activity, perhaps quite a few less art venues that grew upon the house that Chuck built.

PUBLISHER’S NOTE: This is an updated version of an article written by Southcoast Today Art Beat writer Don Wilkinson. The In-Focus Articles document the lives and activities of the individuals, both past and present, who represent the cultural and creative community.  These are the artists who drove/drive the local creative economy. 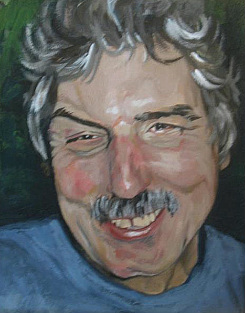 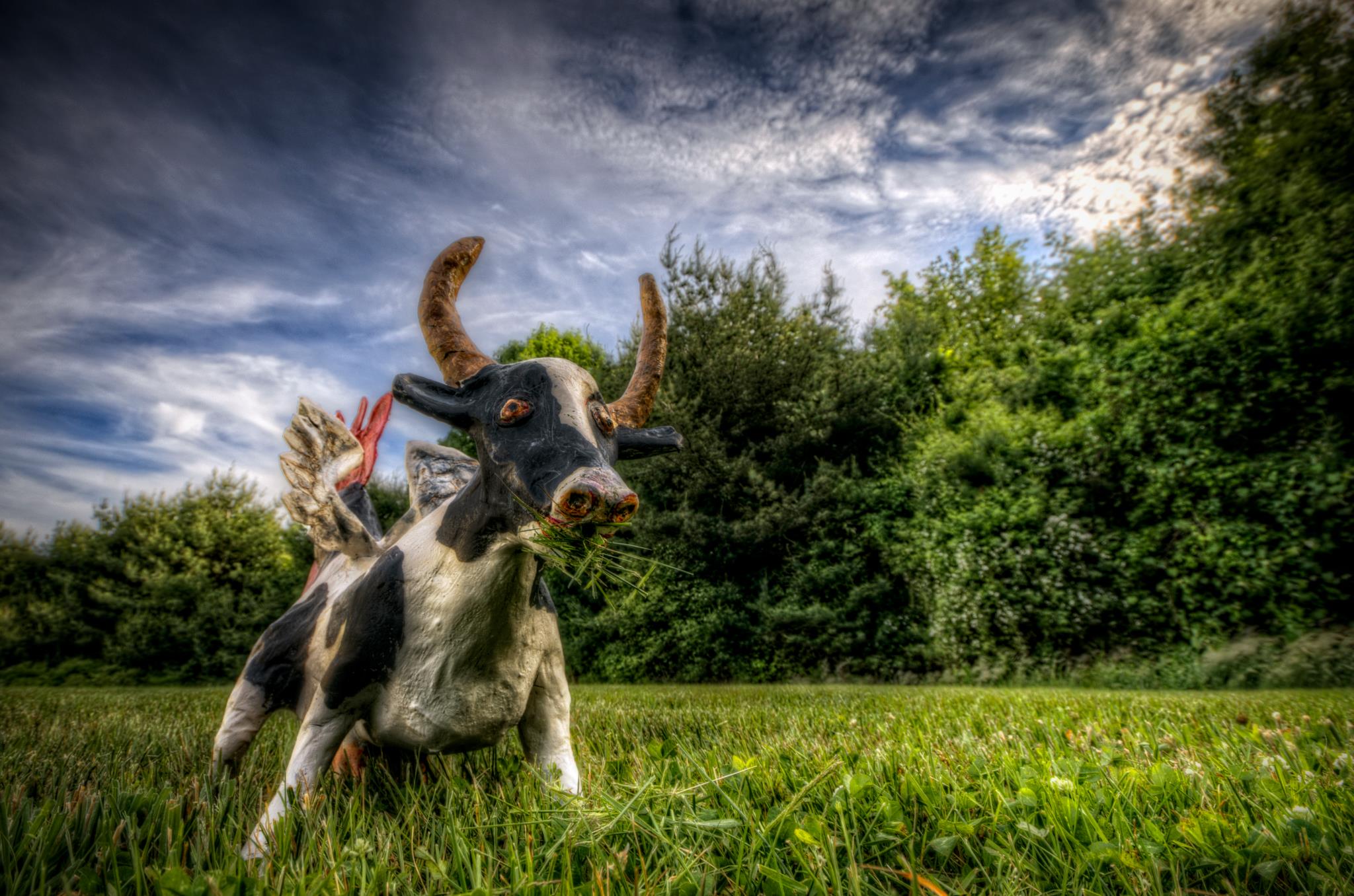