The Art and Science of Richard Connor the Collector

As much as I try to stick to the facts when I write these articles, I still put my money on my intuition. I always try to walk away from my interview with something – a je ne sais pas sort of thing. In this case, what could I use to lead into my first art collector interview?

Funny, but the one thing that stood out loud and clear in my mind was Oscar Wilde who wrote that “Life imitates Art far more than Art imitates Life” in his essay The Decay of Lying written in 1889. Believe it or not, there’s an art collector in the South Coast is, in my estimation, a perfect example of Wilde’s insight.

There are some who may not imagine that a scientist who studies dolphins could possibly have the knowledge, temperament or credentials to collect art, never mind collecting it seriously. And, if a collector deems their passion, inclination or mania as a bit of a consuming hobby then, Richard C. Connor, an evolutionary biologist, has the perfect avocation.

What intrigues me is that evolutionary biology…

A sub-field of biology concerns itself with the study of evolutionary processes. These processes are what has given rise to the diversity of life on Earth. Dr. Connor’s vocation allows him to study the descent of species, as well as, the origin of new species. Yeah, this is the perfect guy to be an art collector!

I’ll admit that I may have lost some or most of you at this point but please hang in there. Dr. Richard C. Connor, an evolutionary biologist who works at UMass Dartmouth, studies dolphin behavior and the evolution of cooperation.

Speaking, or more correctly, listening to Richard about his hobby seems to be no different. His collection is more than certain or specific acquisitions. Collecting is about acquiring objects which are usually accumulated in either one location and, with some purpose as the result of some process.

Listening to the stories behind individual pieces in his collection reveals much more. It exposes and illustrates where the art was found, where the artist was in their career and, an entirely different world of like-minded people who, through their search and acquisition, reveal artistic behaviors, societal preferences, and humanity as a whole.

Each piece discovered or purchased reveals a connection of the artist to their time, place and location. It is also, as with evolutionary biology, the study of the evolutionary processes of Art.

The artists, both living and dead, that created the works Dr. Connor’s collects are very much like the dolphins he revels in studying. He loves his job. He says, “…the real thrill is watching the animals or coming up with a new idea. I NEVER tire of watching dolphins.”

Ric O’Barry, who trained dolphins for the old Flipper television series, once related that dolphins and whales are not involuntary air breathers. Humans are. For dolphins, “Every breath they take is a conscious effort.” Artists are sort of that way too. And, may I add, that for Richard as an art collector, every purchase is a conscious effort.

So, okay, why did Richard C. Connor become an art collector? He says, “Because I looked at too much art during a month in Paris and that addictive part of my brain got over-stimulated. Being impulsive and impractical helped the cause.”

Most of us think of the science we were taught in school as being labeled, categorized and filed into Kingdom, Phylum, Class, Order, Family, Genus, and Species.

Being impulsive and impractical…

It would be considered as more of a creative trait and one that isn’t usually ascribed to scientists. Hey, there are scientist stereotypes and artist stereotypes. Stereotypes are what they are – widely held, intransigent and oversimplified ideas. For one, most evolutionary biologists do not study speciation or classification.

They do, as Dr. Connor does, “…apply natural selection thinking to understand why dolphins form alliances or why animals cooperate.” It’s about relationships! In fact, Art and Science aren’t all that far apart.

“A good scientist is creative; they develop new theories or a new way to solve a problem.” Funny, artists do the same thing!

With this in mind, Richard says he doesn’t have a goal and doesn’t plan ahead. He has, “…no strategic vision for the collection.” Impulsiveness wouldn’t seem to be a good scientific trait or characteristic but that’s what drives Richard’s collecting.

He, “…doesnot consider that a negative. My collection reflects my personality, as all collections should. A very deliberate person might zero in on one style or a few artists and very carefully plan their collection. That would be fine for them; their collection would reflect their sensibility. But such an approach does not fit me.”

Collecting is in some ways an act of faith…

Or, just gambling. It requires having confidence in your knowledge of “the product” you’re seeking. I don’t know if you can make a small fortune in art collecting. And, depending on the goal you set for yourself or the reward you may wish to reap, I’m sure art collecting has its risks.

There’s an old joke in the wine business that asks how does one make a small fortune in wine? The answer is: start with a large fortune! According to Mr. Connor, there is some danger in collecting, especially “… if a new collector listens too carefully to the advice of those with more experience.

While practical advice about where to look and how to buy is good; often people advise others to collect in a way that fits their own personality and sensibility. The new collector should collect in the manner that suits them.”

For example, “Someone once suggested that I should sell a lot of my paintings to ‘buy one great one’. That might work for them; but not for me.” Is, or would, Richard like to be recognized as an art collector?

He still sees his art collecting is a hobby.

“So the benefit of ‘recognition’ is, I suppose, that it brings you into contact with other art aficionados. I like talking about art so I enjoy interacting with artists and other art collectors and dealers.

I know three dealers in affordable mid-century art in New England. They buy estates or works by not-very well-known artists. I love talking to these guys; they really appreciate the art and have an incredible depth of knowledge. “

Dr. Richard C. Connor lives in New Bedford and primarily collects paintings. He is especially enamored by works created in the 1950s or, mid-century works in collector jargon. The work in his collection, although well represented by art from this area, is universal in scale.

It includes examples of new and emerging artists, established living artists and those who have passed on. Legacy is an important word here. Many of the pieces may perhaps be the only physical or earthly connection of dead artists.

These pieces represent not only the genre, the style or, the artist’s skill. They also represent a life, a dream and the oftentimes fleeting nature of life and success.

An anonymous artist once said, “Sometimes people who buy my art feel they are buying a piece of me – either buying my friendship or can make social demands on me, or they act as if buying my art has been mostly a charitable donation rather than a purchase of something that has value in itself.”

I think the fact that this artist is anonymous speaks for the validity of the art of collecting. Although the artist’s name may have been forgotten, their art has not been forgotten. If being “impulsive and impractical” has helped Richard Connor to be an art collector then, as Arthur Davison Ficke (1883 – 1945), who wrote Sonnets of a Portrait-Painter said, “Collecting at its best is very far from mere acquisitiveness; it may become one of the most humanistic of occupations, seeking to illustrate by the assembling of significant relics, the march of the human spirit in its quest for beauty…” 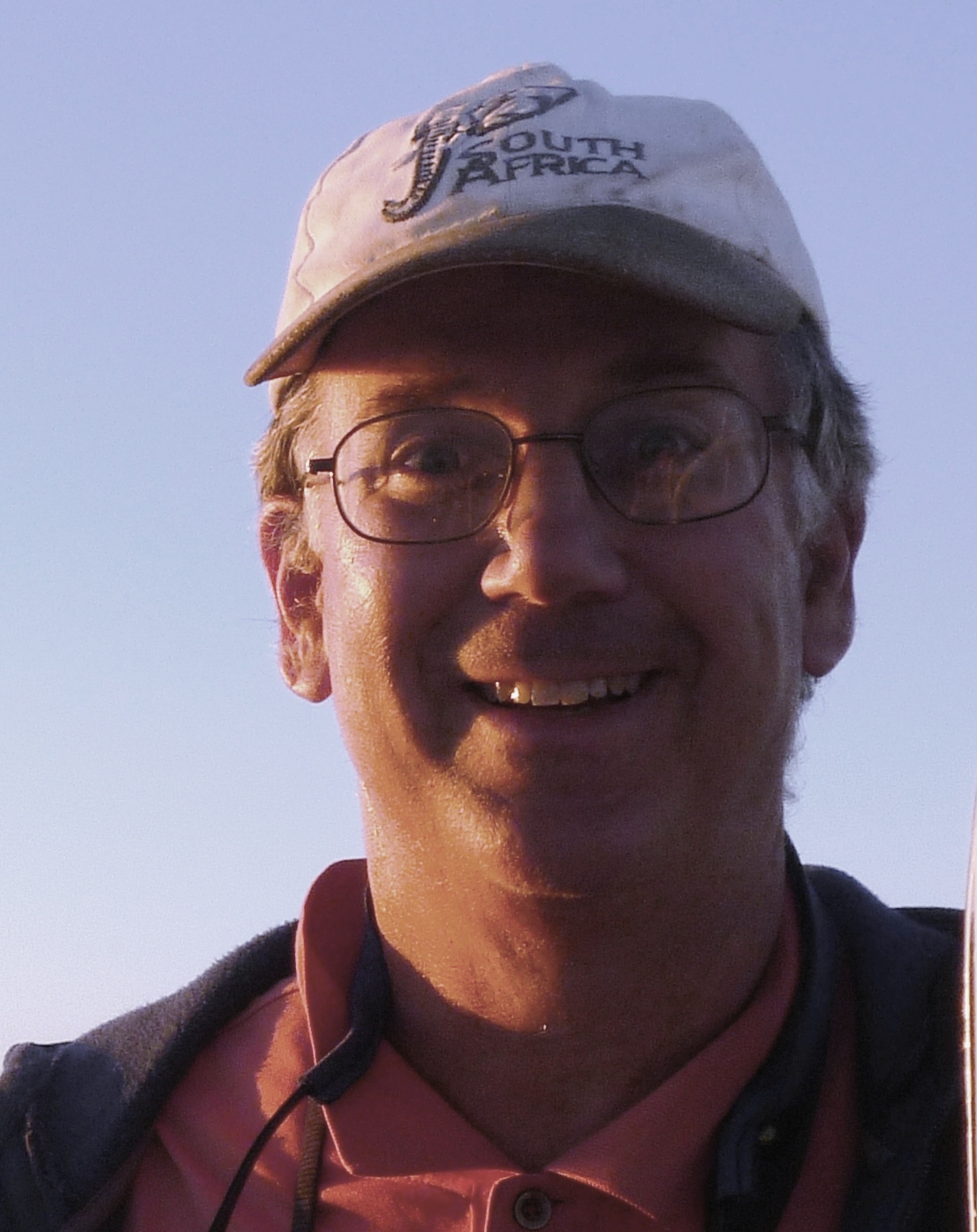 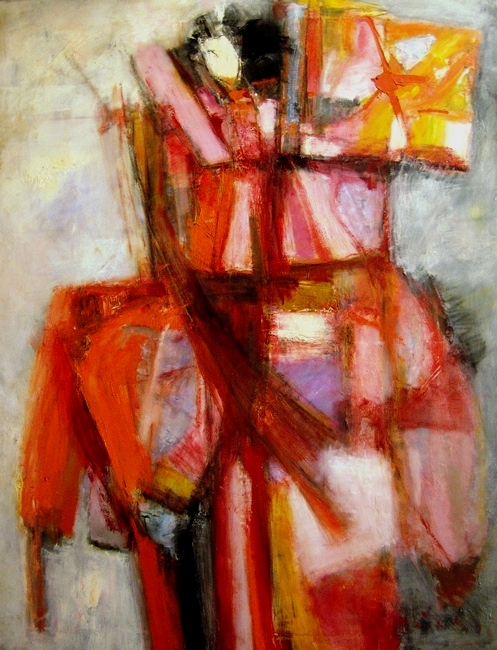