Sometime at the end of the eighties decade of the Twentieth Century, the artist’s cooperative, art gallery, and almost art institution, Gallery X was conceived and brought into this world by Swainees – former students of the Swain School of Design.

The Swain School of Design was itself a local institution.  It was founded as the Swain Free School of New Bedford in 1881.

It eventually evolved into the Swain School of Design and by the 1970s, although the enrollment was around one hundred students – not exactly thriving – it created a very close-knit learning environment.  This was a very special place for both its students and faculty.

By 1988, the art school merged with Southeastern Massachusetts University’s College of Visual and Performing Arts.  Some may say the institution was absorbed in the same manner that cream is incorporated with coffee for a whole new flavor.

As with most things in life…

What was a successful merger for some was also a horrible tragedy for others.  To say most artists could be labeled as provincial would be an understatement.  With that in mind, the local artist alumni of the Swain School of Design created their own arts cooperative – Gallery X.

It all began in rented a storefront on Spring Street in downtown New Bedford.  The rented space was between the former YWCA – the Y – and, the venerable 1920’s era Zeiterion Theatre – the Z and so it seemed inevitable that the new artists cooperative and gallery would be called Gallery X offering the conceptual continuum of X, Y, and Z.

Gallery X was the center of a fledgling art scene in downtown New Bedford it created.  It soon became a touchstone for both fine and performing artists.  Gallery X was also involved in offering artists and the public an art exchange, children’s art programs and workshops.

In a few short years, 1995 to be exact, Gallery X moved into an old Universalist church on William Street within sight of the historic New Bedford City Hall and New Bedford’s Free Public Library.   Today, the organization continues to thrive at the historic 1885 church it purchased in 1998.

And, in a way, this is where the story of Gallery X really begins.

Gallery X, once at the center of a fledgling art scene they brought into being, may also be credited as the taproot of the City’s emerging and evolving, and somewhat successful, creative economy.  It is all that and so much more.

I’m reminded of the movie, The Hunchback of Notre Dame, one of the greatest films of the 1930s.  There is a scene when the Esmeralda, the gypsy girl Esmeralda portrayed by Maureen O’Hara) is sentenced to hang for witchcraft in front of the cathedral by the Chief Justice.

She is saved by this public disgrace and painful death by the story’s main character, the hunchbacked bell-ringer Quasimodo, forever immortalized by Charles Laughton, who gave her human right of sanctuary within Notre Dame.

For me (disclaimer: I was a member at this writing), Gallery X, although in not so dramatic a manner, gave me sanctuary as I’m sure they have given countless others throughout their nearly thirty-year existence.

The gallery offers a contemporary rather than traditional, cooperative art gallery for the visual, performing and literary arts.  Gallery X members, local non-member artists, and volunteers are all welcomed to pursue, assist in and promote the institution’s cultural outreach agenda.

Gallery X, through its community partners and partnerships, its programs and monthly exhibits offers a very unique value – sanctuary!  By definition, the word means a sacred place (is it odd that is happens to be in a former church?).  It is the holiest portion of a sacred place, as in around an altar, which itself is an elevated place.

It also means immunity to arrest; a refuge or asylum offering encouragement and protection. I don’t find it odd at all to compare or describe Gallery X as a sanctuary because it offers new and emerging artists a place to start and an opportunity to become part of something very dynamic.

The Gallery also offers established artists an exhibition venue.  Better still, it promotes familiarity and interaction between these two sectors.   Gallery X continues to establish itself and mature as its founders have.

One of the still-active original founders, Charles A. Hauck has consistently carried the torch, as it were, for the founders.  He was honored with the then first-ever retrospective, one of the most successful events of that year.

[at this writing] His wife Susan, also an artist and Co-Director of the gallery along with Nilsa Reye, who was initially hired in 2004 as the result of an Island Foundation grant.  At this writing, Pat Gomes, a writer, is at the Gallery X helm as the newest President.

She continues the legacy of this once diamond in the rough; now a sparkling asset for the creative community of the South Coast.  So far, during her tenure, which began in 2012), the organization received a generous grant, again from the Island Foundation, for general operations for the fiscal year.

According to Ms. Gomes, “Our goal is to continue the day-to-day operations of running a community-oriented gallery, with an eye toward the future of establishing additional civic and educational programs.”  Venerable institutions or not, community assets or not, an unstable economy always affects the arts.

Yet, Gallery X has continued…

To operate normally maintaining the same business hours with a skeletal staff, consisting of two-weekday staffers, a part-time plant manager and the assistance of weekend volunteers.  “X remains understaffed but continues to serve an increase in demand for the utilization of the building, whether the upstairs main gallery or the Douglas gallery downstairs, by various other community groups for functions.”

And, why not?  This historic New Bedford institution is not only a great facility, but it is also as Pat says, “Due in part to out low-cost rental fees and ease of accessibility.”

The spirit of the Swain School of Design lives on through Gallery X and as its benefactor, William W. Swain intended in 1858 that his school, “…shall never be in any form or degree, exclusive, either religiously or politically, but open for the admission of all… to share in its benefits…”

Once again, the legacy of the sanctuary comes to mind.  “Not bad,” as Chuck Hauck, a Swain graduate and one of the original founders once said, “For a bunch of hippies!”

PUBLISHER’S NOTE: This is an updated version of one of many articles that document the lives and activities of the individuals, both past and present, who represent the cultural and creative community.  These are the artists who drove/drive the local creative economy. 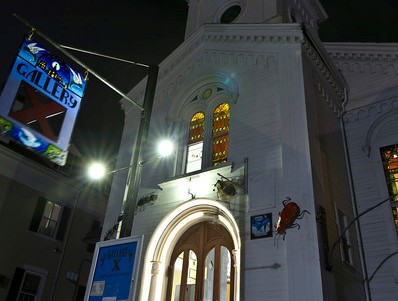 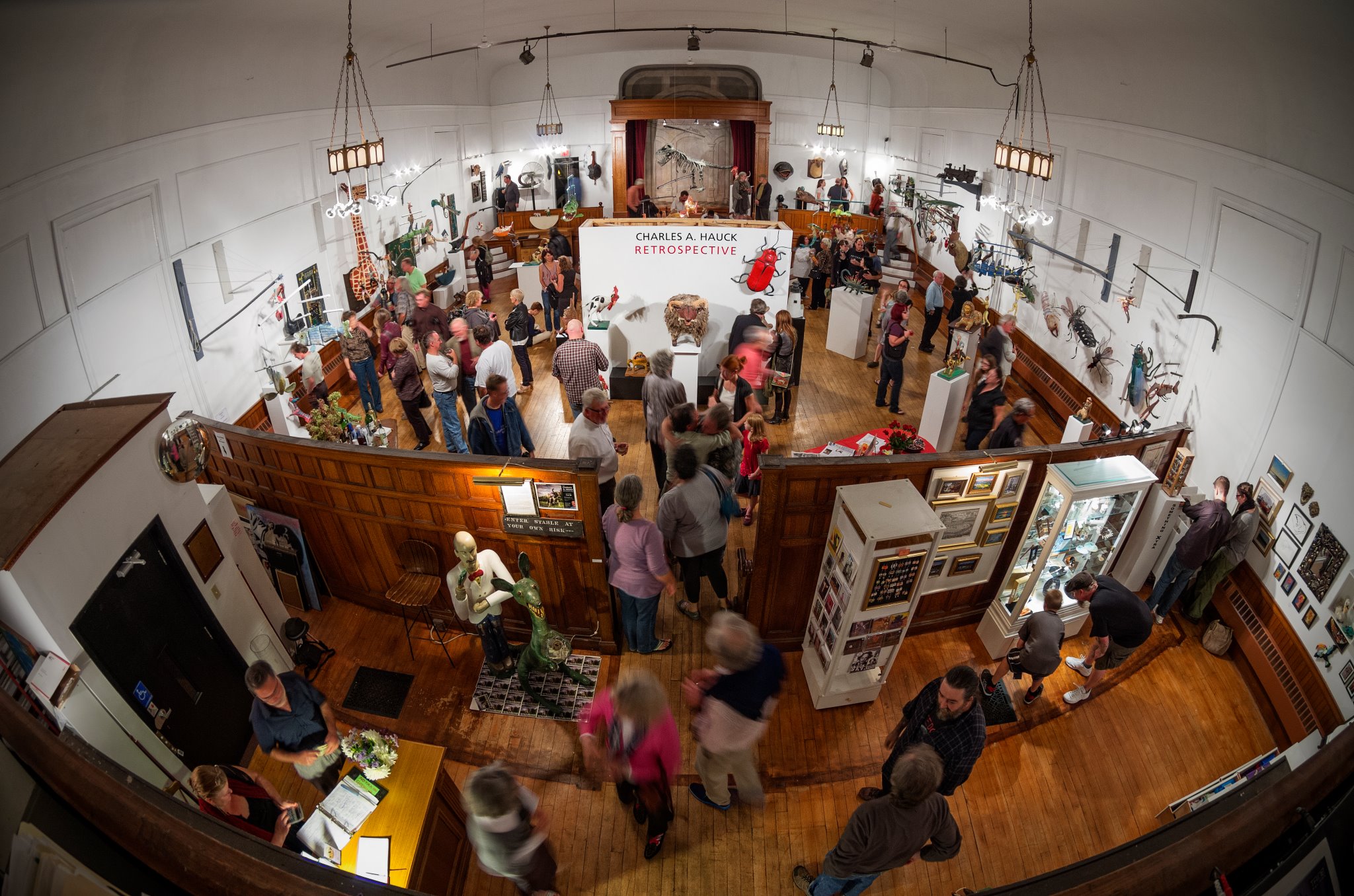