The Many Faces & Facets of Luis Villanueva

I always try to think of an intriguing lead-in for my articles that are also relevant to the subject. The first thing I thought of for this one was the fictional character of Dr. Fu Manchu.

He was the creation of British author Sax Rohmer in the 1920s. Rohmer’s series of novels featured the Asian arch-villain and evil criminal genius Fu Manchu whose name was actually an honorable title meaning the Warlike Manchu. A Manchu, by the way, is a person from Manchurian China.

Yes, he is the character the famous Fu Manchu mustache is named after. The character jumped out of the pages of Rohmer’s novel and into the cinema, comic books, television and radio for nearly a century as a cultural icon.

That’s what entertainment once was…

But, with awareness, tolerance and political correctness guiding society, Dr. Fu Manchu has become an inappropriate and unwelcomed stereotype along with Amos and Andy, Charlie Chan and a host of similar lopsided stereotypical portrayals.

The term stereotype has, in my opinion, become stereotypical because it creates one or several standards. Simple images or simplified views that may be common by members of certain groups. There is some truth to some stereotypes, however, since members of any group do share similar characteristics – artists for example.

When members of these groups are no longer seen as individuals or when their traits, character or actions are supposed – that’s when it’s all wrong. Foreigners, representatives of racial groups and those considered outsiders in polite society have always been stereotyped, targeted and suspected for one reason or another.

Some end up the victims of horrible injustice and others are, as in the case of Dr. Fu Manchu may be both villainized and celebrated, albeit not in the best light. So what is it that led me to leadoff this profile with Dr. Fu Manchu?

He immigrated to the United States at a time when his country was gripped by a real-life arch-villain and evil criminal Augusto Pinochet. First, however, before I continue, a disclaimer: Mr. Villanueva is the owner of the Colo Colo Gallery in New Bedford, Massachusetts. He has also represented me since 2011 as an art dealer.

Pinochet’s régime was responsible for the deaths of thousands. Tens of thousands, including women and children, were imprisoned and tortured, up to 80,000 were wrongfully interned, and as many as 30,000 were tortured.

Many of these victims became known as the Desaparecidos – the disappeared. So, Luis Villanueva a Chilean expatriate for obvious reasons is an established painter. His work is part of many established and high-profile collections. And now, Villanueva can add the term art dealer and gallery owner to his accomplishments.

He opened his gallery – Colo Colo – on New Bedford’s historic Centre Street and immediately carved out a reputation as someone who is looking for talent, who is willing to give his fellow artists a start or a boost and, as a result of his vision and generosity, offers the South Coast community an impressive lineup of talent that continues to amaze, astound and entertain.

It hasn’t been a classic immigrant makes a good tale.

Just as he was getting a foothold in the South Coast’s creative community, he found himself in the middle of a freedom of speech and/or creative censorship controversy in the winter of 2010.

He evaluated the scene and he became a lone wolf of sorts in order to brace himself against what he saw as the limited awareness, intolerance and empirical political correctness of a few individuals.

But, there is much, much more to Luis Villanueva than meets the eye. Having escaped from Pinochet’s oppressive government, moved around the globe, arrived New Bedford and opened a gallery named in honor of Colocolo the warrior chief of the Mapuche people who are indigenous to Chile is just one small brushstroke in the painting of his life.

When I first visited his gallery at the enthusiastic recommendation of a fellow artist, I was struck by several things. The space was small. Yet, it had a very New York feel to it.

Secondly, the work on exhibit was refreshingly contemporary. Lastly, there was Luis himself. As I’ve related to him, he seems to me to be the reincarnation of another very important and influential man in my life named Luiz – my grand uncle Luiz Antunes, another immigrant– who I recognize as being the main reason why I am an artist.

The names may be coincidental but the fact that they look alike is weirdly not – at least in my mind. Luis invited me to bring in my portfolio and immediately set about praising the work, relating how it was marketable and how we wanted to represent me.

However, what happened next was creepier, if I may use that term, than the Luis-Luiz connection. Luis crawled into my head and made me believe, through his observations, who and what I was, how I thought and how I approached my work. That ability to read people through their work is, in my estimation, awesome.

Okay, so far, Mr. Villanueva seems like a plucky guy who escaped the oppression in his homeland and found an opportunity in New Bedford and is living the American dream. Yes, you may say that. However, there is something about a professed atheist who was educated in a Catholic school and who seems to sometimes thumb his nose at institutions and authority.

With that in mind, now give you the many faces of Mr. Luis Villanueva, a man who loves his garden, his dogs, the seaside and the occasional controversy. He’s a world traveler, a painter, and a businessman. Luis is also a friend and an excellent observer of how things are. Senor Villanueva is that and so much more!

A voyeur of the human condition, a provocateur and well, there’s probably lots more to him I haven’t experienced or observed and, I’m sure there’s lots more about him to learn about. What does he have to say for himself?

As an artist, he wants to, “…show that our ideas about human life are often dogmatic, that we are not the central protagonists in nature and that we often do not recognize these things.”

As an art dealer, “I want to represent women, minority, and generally the underrepresented or undiscovered artists and, in doing so, showcase the contemporary art of established and emerging artists locally and worldwide.” 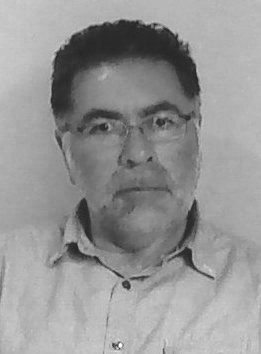 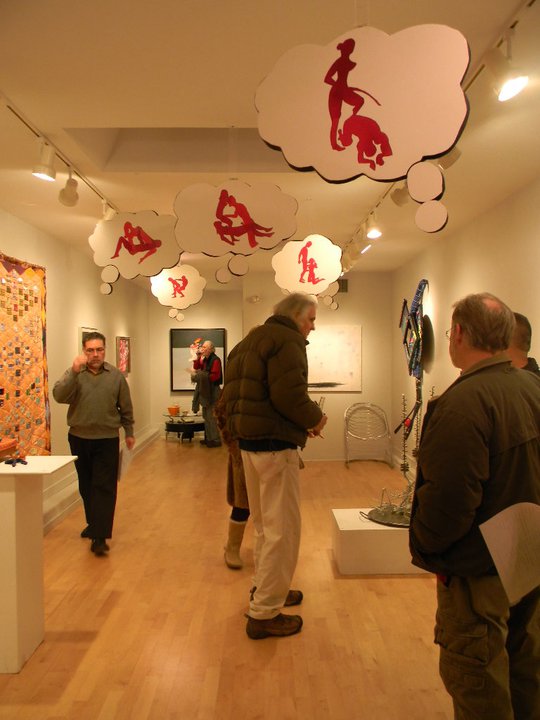