[written by Don Wilkinson – 2010] Several weeks ago, longtime Fairhaven resident, painter and art instructor Severin (Sig) Haines was invited to join the ranks of Gallery X. A certain number of the current membership of the X were unfamiliar with Haines and his work, and as the membership works in a fashion somewhat akin to a democracy, in the sense that new inductees are voted on, and a conversation ensued.

After his introduction and departure (so that the assembled members could debate on his inclusion), another longtime Fairhaven resident and painter, John Neiman took the opportunity to stand up and make his opinion clear about Mr. Haines being known.

Neiman said, “Make no mistake about…Sig’s reputation as an artist, as a teacher and as an influence on a generation of Swain painters and on the community is not to be underestimated. He is an important painter.”

Haines was voted in unanimously.

There was never any doubt, but Neiman was succinct and eloquent. Haines was born in Skudeneshavn, Norway in 1946 to Ragnvald and Liv Haines. Several years later, Sig, his parents, and his older brother Odd Arny (yes, his real name) emigrated to New Jersey.

They later relocated to the developing Norwegian –American community of Fairhaven, Massachusetts. Haines has two younger sisters, Audrey and Anne, born in the U.S. At an early age, Sig began drawing and his scribblings caught the eye of his maternal great-uncle, Johannes Falnes.

Uncle Johannes was a banker, but more importantly to this tale, a sculptor, and he suggested that the young Haines take art classes. In 1953, Haines began taking Saturday morning art classes at the Swain School of Design, which may constitute a record of longevity as to the relationship of an individual to the Swain institution.

Haines (who attended Fairhaven High School) continued those Saturday morning classes through his high school years and enrolled at Swain as a freshman in September 1963. One of his instructors on Saturday mornings included the renowned painter, printmaker and draftsman Sig Abeles.

Swain, at the time…

Working from the nude, from the still life, and from the landscape was the prescribed formula that might – or might not – lead to abstraction. Haines’ influential instructors, at the time, included painters David Loeffler Smith and Ed Lasansky, and printmaking and drawing instructor Ron Kowalski.

Anyone who has attended Swain will attest to the importance of their colleagues, and the conversations that they spark, and the influence that they sway… Haines notes as peers of particular importance the painters Meredith Wilde and Dick Dougherty, and most significantly, Leonard Dufresne.

In the summer between his junior and senior years at Swain, Haines was accepted into and attended the prestigious artist’s retreat, the Skowhegan School of Painting and Sculpture, in Skowhegan, Maine. There, Haines’ instructors included, notably, Philip Pearlstein, Leonard Anderson, and Walter Murch.

Not only prominent painters such as Ad Reinhardt and Tony Smith but also the composer John Cage and the choreographer Merce Cunningham. Haines’ eyes were being opened to an art world well beyond Swain and the parochial sensibility that small schools can sometimes inadvertently produce.

After the summer in Maine, Haines began considering Yale as the place to pursue a graduate education. However, there was a problem. Swain was not yet accredited to grant the Bachelor of Fine Arts (BFA) degree.

At SMTI, he took classes in the philosophy of art, the history of western civilization, and English. He nervously called Philip Pearlstein and asked him for a letter of recommendation for Yale. Pearlstein wrote the letter. Haines was accepted to Yale with the understanding that Swain was in the midst of the accreditation process. Haines graduated from Swain – sans BFA – in 1968.

Cindy Axtell, and moved to New Haven, Connecticut to begin his graduate education. In November of ‘68, he received an envelope from New Bedford that contained the first-ever bachelor’s degree from Swain.

At Yale, Haines met visiting artist Alex Katz, among many others. The painter Leland Bell, who had met at Swain, was very complimentary about his painting, but said as he departed the studio, “But you’re not painting with color.” That statement (question?) would lead Haines into unexplored territory and a new outlook, removed from the academic process.

Embracing the landscape as a subject in which to project an understanding of space, Haines began to think of paint as a plastic medium, which becomes an object of manipulation…color becomes structure, form, and composition… hue, value, and intensity all have graphic weight.

For Haines, the landscape never is about sentiment, but is instead, a device to explore the space between marks…to explore “the push and the pull.” Haines’ palette is effective, if not actually minimalist…he stays – for the most part – in the sector of the color wheel defined as “cool”… although his greens and blue can range from chilly to outright warm.

Haines developed a manner of thinking about color that avoids terminology like teal, maroon or chartreuse and clings to the understanding and vocabulary of a color theorist. After graduating from Yale with MFA in 1972, Haines and his wife moved down south, where he accepted a position as Curator of Education at the Tennessee Botanical Gardens and Fine Arts Center at Cheekwood, where he ran a small educational staff and oversaw the hanging of exhibitions. (and met Minnie Pearl!)

Haines’ father, in Fairhaven, grew worried when his son left the job to pursue painting full-time and offered him a job as a shore captain. Haines, with wife and young daughter, Liv, in tow, returned to Fairhaven.

He soon was offered a part-time teaching gig at Swain…

And his commitment impressed the faculty, and that led to a full-time position. Haines’ first class of painters include Mark LaRiviere, Joe Loria and Scott Redman, who would all turn out to be distinguished and accomplished painters in their own right.

He continued to teach at Swain right through and beyond the merger with SMU, taking on many roles, including, but not limited to the chairman of the painting department, and director of graduate studies. According to Haines, he believes that the lesson of primary importance to his students is simple; subject matter (unless trite or cliché) is irrelevant, paint should be used as an opportunity to explore elements of plasticity, composition and color relationships.

That is a lesson well understood by over twenty-five years of students. Another former Swain student and New Bedford painter, Richard Vanasse said this about Haines’ paintings: “The colors are too intense. My eyes hurt.”

That should be understood as a compliment and a long-time-in-coming response to Leland Bell’s statement about “not painting with color.” Sig Haines is an important painter, color theorist, and educator.

On that night at Gallery X Neiman was right. Damn right.

Written by Don Wilkinson in 2010 and posted on the predecessor website to the Artists Index, The South Coast Artist Profiles. 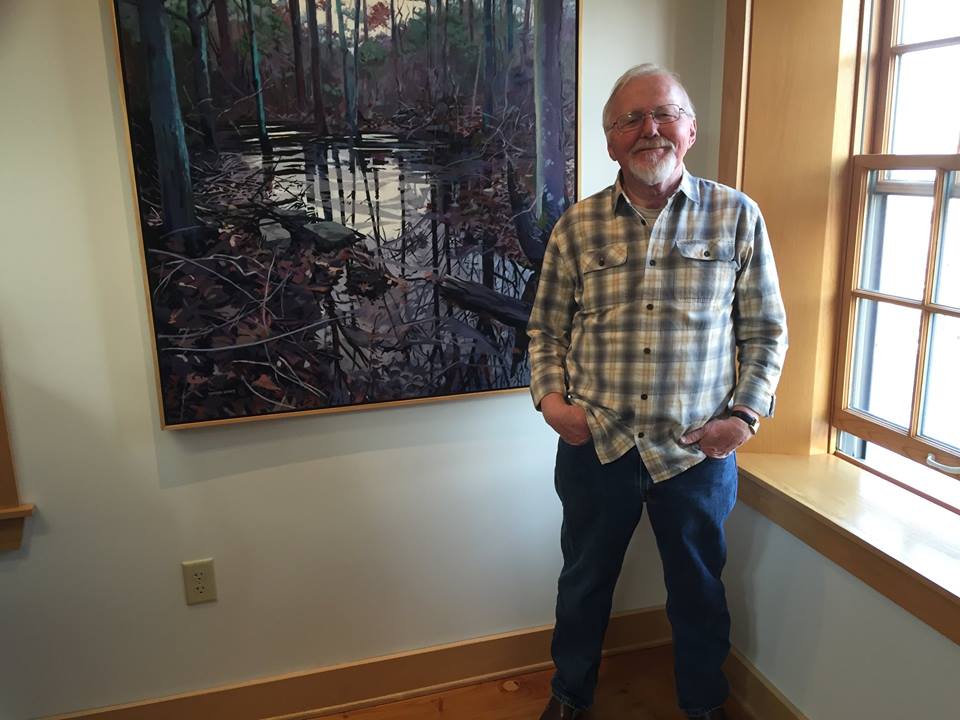 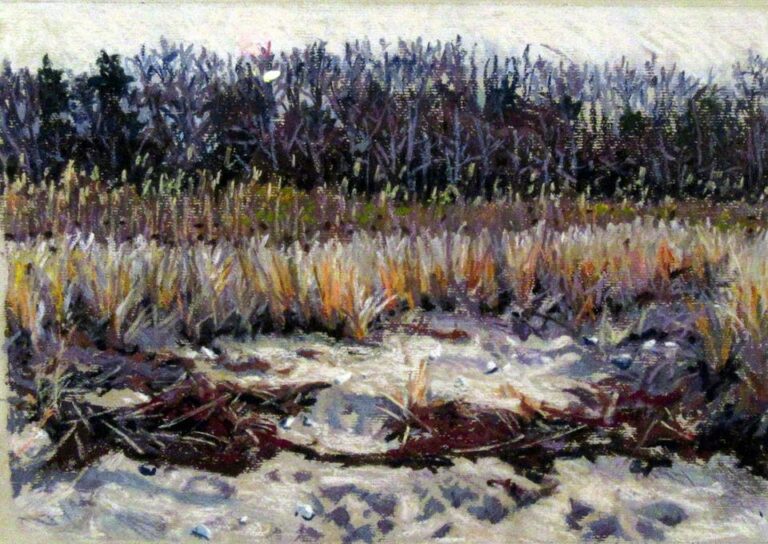