A Collective Digital Archive for All Artists…

It is a legacy project that encompasses a collective digital archive. Although it’s a very simple concept with a very simple goal but, as Albert Einstein said, “If you can’t explain it simply, you don’t understand it well enough.”

The Artists Index has a single goal, to note or index every living or dead Visual, Performing, or Literary artist, who has ever lived, worked, or had some connection to or, contributed to the vibrancy of the creative community of the Southcoast. Another way to explain the project is to describe it as a collection of Tombstones and Yellow Pages.

A West African proverb says, “A man is not really dead until he is forgotten.” This sentiment is at the very core of The Artists Index. When Jeff Wotton and I  first began The Artist Index Website Project, our concept was to create a legacy, a collective digital archive. The Artists Index was, in effect, a pyramid.

The Egyptians built pyramids not to preserve the body, but more specifically, the memories that made up the life of the person in the tomb. As co-creators and founders of this project, Jeff and I want to document the living, Contemporary Artists of the area into an index, a Yellow Pages of sorts.

So, these so-called Yellow Pages, are in actuality, a collection of password-protected webpages where artists can post their photos, images, or video/audio examples of their work with a biography and, an artist statement. The In-Focus Podcasts add another dimension to this.

I tell each of the guests on the In-Focus Podcasts that they represent more than a page, but a chapter and, perhaps even an entire volume in the collective history of our creative community. The Artists Index is where followers and visitors will (we’re still building this portion) be able to access their still-evolving career information and examples of their creative output.

The dash is what separates their year of birth from their death year. So many of these individuals have left us unsung, uncelebrated, undiscovered, and unrecorded. And, many others, who may have had noted and successful careers are now forgotten.

These so-called Tombstones will mark the existence of any Visual, Performing, or Literary Artist who lived or worked or attended school or who had some viable connection to the Southcoast. Jean Michel Basquiat’s biographer, an Acushnet, Massachusetts native named Rene Ricard, was a poet, actor, art critic, and painter.

He wrote, “Everybody wants to get on the van Gogh boat. There’s no trip so horrible that someone won’t take it. The idea of the unrecognized genius slaving away in a garret is a deliciously foolish one. We must credit the life of Vincent van Gogh for really sending this myth into orbit. How many pictures did he sell? One? He couldn’t give them away.”

So, we then, are seeking to erect tombstones, or memorials as they are more correctly called, from our past for those who have passed, because as Ricard concluded, “We are so ashamed of his life (van Gogh) that the rest of art history will be retribution for van Gogh’s neglect. No one wants to be part of a generation that ignores another van Gogh.”

This is why we are asking those of you who perhaps have a shoebox filled with news clippings, photos, documents, ephemera, and perhaps examples of the deceased artist’s work to contact us. We are still building the database portion of The Artist Index Website Project but, in the meantime, we would love to hear about what you know and what you have.

The genesis of The Artist Index Website Project was a newspaper ad placed by Mary Jean Blasdale, the former curator of the New Bedford Whaling Museum. Her ad implored, “A name, a birthday, an exhibition date… Mary Jean Blasdale would like to know more about the works of following New Bedford artists.”

She had a list of around 130 names that she had no information on. Based on the information she received, she wrote the resulting book in 1990 called, Artists of New Bedford: A biographical dictionary.

Here it is thirty years later and we have a still-growing list of names of the Visual, Performing, and Literary artists that we would like, “A name, a birthday, an exhibition date…” to attach to. With this in mind, we are also asking our readers to contribute the name of an artist they are acquainted with either by family ties, friendship, or other relationships.

We also would like to extend an invitation to you to be a podcast guest and share your memories of friends, acquaintances, and relatives from the Southcoast who helped make the Southcoast’s creative community what it is today. Please help us to share the story of their art and their lives with everyone.

Here is our current list. If you know of any names that need to be added to it, please let us know!

PUBLISHER’S NOTE: The In-Focus Articles document the lives and activities of the individuals, both past and present, who represent the cultural and creative community.  These are the artists who drove/drive the local creative economy. Our goal is to document their stories. It is our goal to seek out and find these other stories before they fade from memory. 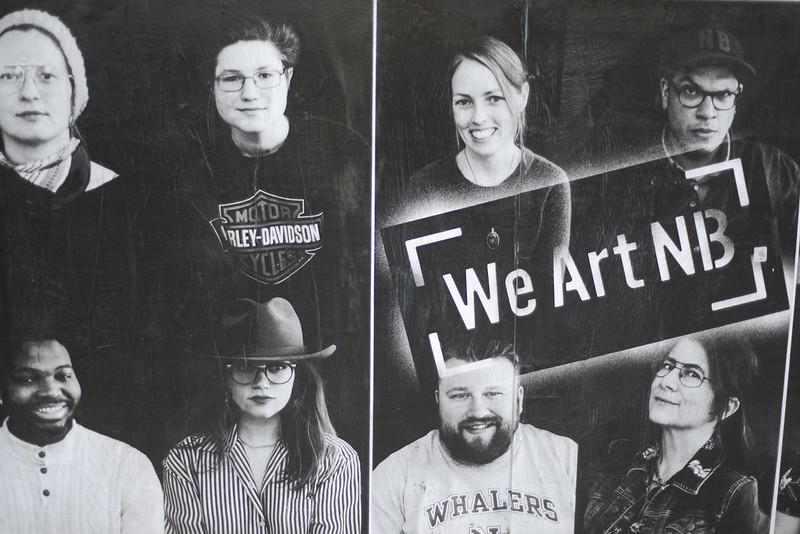