At the time I wrote this, I wondered that since this was the thirteenth article (original PRO:FILE article), would it carry with it, some sort of meaning or be of some portentous nature.  Some folks are just plain superstitious and will tend to read all kinds of things into this.

Here’s the spin on this mystical, magical and ofttimes maligned number that falls between the numbers twelve and fourteen.  This is the thirteenth year of the Twenty-first Century and yet, in this supposedly modern and enlightened age, the number still conjures all kinds of silly thoughts.

No triskaidekaphobia here or mention that the end of the 13th Baktun marked the end of the Mayan calendar and fed the pop-cultural 2012 apocalyptic hype and, that any of that is in any way relevant here.

No.  This is about the reality an artist presents to the viewer to allow them to step into a piece of work where, as our featured artist says, “That’s where the magic is.”

Bill Elliott passed away on April 12, 2016. And, here is the article as written. I am fortunate to live in this community.  I am even more fortunate for the legacy that has become the University of Massachusetts Dartmouth, or UMass.  This is not just on another art instructor.  No, it’s not just about any art instructor.  It’s about my former art instructor – Willoughby “Bill” Elliott.

His official biography is as follows: Mr. Elliott was born and raised in Los Angeles California.  He graduated with a BFA in painting from what is today’s California Institute of the Arts, which evolved from the once upon a time Chouinard Art Institute, which was heavily influenced and supported by Walt Disney.

Bill then graduated with an MFA in painting from the Rhode Island School of Design.  He settled in the Southcoast of Massachusetts in 1967 as a professor of painting and printmaking at the then S.M.T.I. (Southeastern Massachusetts Technological Institute).

It’s forty-five years later and Mr. Elliott has (kind of) retired and is currently a Chancellor’s Professor Emeritus in the College of Visual and Performing Arts at UMass Dartmouth.  As an artist, he spent many years as a printmaker and built a solid national reputation.  He then turned his attention to painting and immersed himself in the landscape of the region.

When I interviewed him for this article, I asked him if he could provide me with a sound bite, an epithet or epitaph that would describe him in the future.  Yes, an epithet is more commonly used to describe an off-color or abusive word, but in this situation, more correctly by the Merriam-Webster definition, it is a characterizing word or phrase accompanying or occurring in place of the name of a person or thing.  An epitaph, on the other hand, is – the final word.

To me, Bill’s accomplishments as a printmaker and painter have been well noted and that isn’t the direction I’m going to take this article in.  I want to concentrate on Willoughby Elliott the retired art instructor, as well as, the art instructor I learned from.

His sound bite, “I am sensitive, attentive and aware of Nature and how it changes and I have opened myself to it,” may describe his connection to Nature through the landscape as an artist.  However, it also describes the legacy he created in his nearly fifty years as a teacher.  It is to him and his colleagues at that time that I, the students who came before me and those most recently that so much is owed.

It has been said, that as a painter, he developed his expressive response to the landscape.  He evolved. The landscape represents the natural world.  Nature, however also includes its inhabitants.

In art school, it’s the students.

If it’s true that you can’t teach what you can’t do then, you have no ability to connect.  And, if you cannot connect you are static; in stasis – stuck. As Bill said to me, “A shark has to keep moving or it drowns.”  Although I want to focus on Bill the teacher, I can’t ignore Bill the painter.  The professions are interconnected.

Artists must connect with their viewers; teachers, with their students.

Viewers and students are an audience that must be “played” to.  There is a perceived representative value in an artist’s work and in a teacher’s instruction.  Combining these ideas into one statement, Mr. Elliott said, “The connectivity comes when you convince your audience of the reality you’ve presented.  You have to allow them to step into the work.  That’s where the magic is.”

Ernst Fischer who wrote the classic The Necessity of Art: A Marxist Approach believed that art and magic were the same things.  They gave humanity, “The newly acquired power to grasp and control objects, to prompt social activity and bring about events by means of signs, images, and words…”  It means to Bill Elliott, giving his audience the ability to step into the work – theirs or his.

I asked him about then and now.  Back then, the still to be university was small, personable and flexible.  Today it is large, regulated and has a purpose.  The bad of yesterday was its size.  Today’s bad is its size.  Growth means change.  Change is something Willoughby Elliott is sensitive to, attentive to and constantly aware of.

Change is the nature of Nature – it evolves and to move on, to endure and to survive we all have to open ourselves to it.  He described how he sold a painting that the buyer insisted was the view from their back window of a marsh.

Bill tried to explain that it was a composite of the many marshes and scenes he has painted but they chose to believe what they wanted to.  Perhaps William James, the nineteenth-century American philosopher, describes this situation best, “The world we see that seems so insane is the result of a belief system that is not working.”

To perceive the world differently…

“We must be willing to change our belief system, let the past slip away, expand our sense of now, and dissolve the fear in our minds.”  Art does that.

Or, perhaps it, is about our need to connect with beauty.  Bill told me about the British philosopher Roger Scruton who in a BBC2 presentation titled Why Beauty Matters presented his thought-provoking views on the importance of beauty in the arts and in our lives.  In the television program, Scruton argues that art, architecture, and music all turned their backs on beauty during the twentieth century.  A cult of ugliness was created which lead us into a spiritual desert.

But, what is beauty?  Sometimes it is, “a view from a back window of a marsh.”  Or, it’s, “…a newly acquired power to grasp and control objects…” through our perception of it.  Beauty is where you find it.  The point is, according to Bill, “That when an idea is translated into visual form, and the visual form is of a high order, the beautiful, by necessity is perceived.”

I related some of my teaching experiences and how I feel that I stand on his shoulders when I teach drawing.  He responded in a very humble way by saying that drawing was teachable. Or, as he clarified it, “Drawing is about bringing careful observation and the sense of touch together in a sensitive way through a process.  There are all kinds of information that can be brought to this, all kinds of tools and means but in the process, the analytical gives way to a more fluid kind of thinking.”

Yes, but what he taught us was that drawing is about problem-solving.

It’s about becoming unstuck.  Stasis kind of sounds like what it means – stay.  Stay is stop.  To stop is to become stuck. Considering the Disney influence on Mr. Elliott’s alma mater, Chouinard Art Institute, the predecessor to the California Institute of the Arts, we can’t stay motionless or transfixed and wonder as Mary Poppins did in the Disney movie of the same name, “Is something supposed to happen?”

In a review by blogger and former student Catherine Carter, she writes that “Artists often choose the subject of a landscape as a way to reiterate the nostalgic and the familiar…”  Elliott, “…uses landscape to highlight the new and the unexpected… [his] paintings remind us that there is a world to discover beyond what we already know and understand.”

The artist and the teacher are one.  Stuck together but used to un-stick us from misconceptions and preconceptions in each their own way.  Each reveals a vitality and purpose.  Each is held together by the structure of the forms they have sought out most of their careers.

Form is what holds everything together for Willoughby Elliott.  It’s the shape, the structure and the essence of anything meaningful.  It is and, perhaps has always been a spiritual journey for him with the route defined by form, color and guided by the sense of tactility or complete responsiveness to stimulation.

I wasn’t going to do this.  The one thing that most of us will never forget is the wheat paste exercise he foisted upon us.  Ten jars of paste we mixed tinted to reproduce the value or grayscale.  We then had to render the subject placed in front of us with a bamboo brush – a liquid line.

Using wheat paste to draw is like painting with snot (his terminology).  He imprinted the tactile nature of brush and paste along with the teachable concept of the grayscale.  When I foisted the wheat paste on my students and saw from the other side, through the eyes of the teacher, the true nature of the lesson.  I had evolved.  Thank you, Bill Elliott! 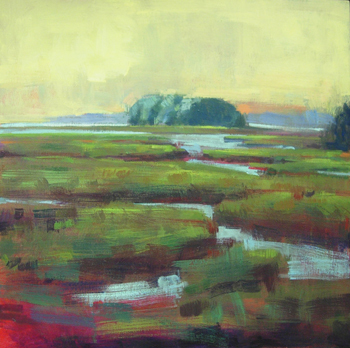 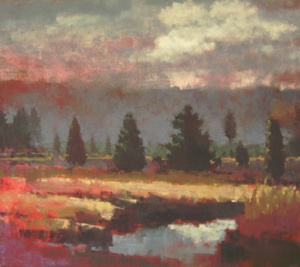 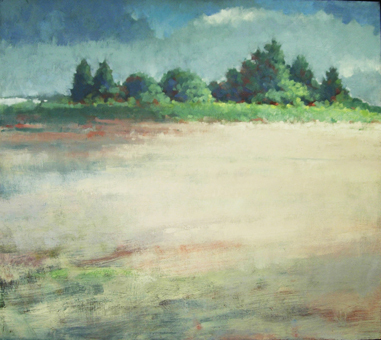