In-Focus: Where Are the Artists?

The following article, written by Ron Fortier, a co-founder along with with Jeff Wotton, of the South Coast Artist Profiles (2012), the predecessor website to the Artists Index. Its goal was the documentation of the lives and activities of the individuals, both past and present, who represent the cultural and creative community and, who drive the local creative economy. Click here to learn more about the South Coast Artist Profiles. 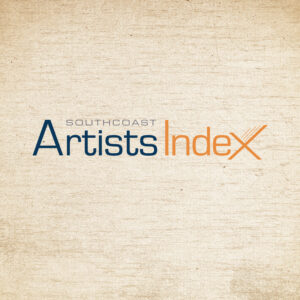 In an often-noted article in the November 2011 issue of The Atlantic magazine, New Bedford was listed as the seventh most artistic city in the country. The ranking used something the researchers, Richard Florida and Kevin Stolarick, referred to as the “location quotient,” or LQ.

Basically, the LQ calculates the number of self-identified artists per capita and ranks that figure against the average of other metropolitan areas. New Bedford’s LQ was 2.393, more than twice the national average, ranking below Santa Fe, San Francisco, and New York City, but ahead of Boston, Providence and Provincetown. That is a significant number of people making art in and around New Bedford.

But, where are the artists? There seems to be no single point of reference for these creative individuals that make up the 2.393 LQ.

This was the genesis and sole purpose of the Artists Index project and, its precursor, the South Coast Artist Profiles – to attract the creative community’s living visual, performing and literary artists and to encourage them to register. Why?

We wanted then and have regrouped again, to create a concise directory of not only living artists but those who have passed on and left behind a legacy; something of value to this and future generations. The goal remains; to ultimately make visible the creative relativity of these artists through their teachers, classmates, and colleagues.

It grew into a website project with the intended goal of combining the relationship aspects found in Facebook, the networking power of LinkedIn and the connectivity and legacy of Ancestry.com to create a web-based historical record of both current and past South Coast Artists.

The South Coast Artist Profiles web project had three core components; the Profiles, a webpage resume for individual artists which was compiled into a directory of artists. The Index; a supportive database built with information from contributing artists, from our researchers and our readers.

We are again on a quest to engage the support of the entire creative community. Our success will be evidenced by the contribution of information and documentation by the artists themselves, the legacy contributors and the support of both casual and professional researchers, scholars and genealogists.

We are going to put artists in their place in history and will be successful in spreading the word about their achievements and, those of their predecessors and how that continued vibrancy assures the legacy of the creative community in South Coast, Massachusetts.

Ron Fortier is the co-creator of the original South Coast Artist Profile concept. He is a contributing writer and editor for ArtScope Magazine, the South Coast Insider and Prime Time. Ron also contributes In-Focus articles for the Artist Index. He is an abstract painter (www.ronfortier.com) with a studio in Fairhaven, Massachusetts.