One for All – All for One

The first words that came to mind when I selected our next artist were community, communality, and communion. Communion is, according to the dictionary, common participation in mental or emotional experience.

A give and take, if you will, between an individual, their family; friends, colleagues and the community at large. In other words – one for all, all for one.

This, was my first Woman Artist article and, I felt odd differentiating gender. But, in these so-called politically correct times we live in, it’s good to be aware. It’s a double-edged sword.

Diversity isn’t just the politically correct thing to do. It is more than just about inclusion or being inclusive.

Diversity is about being aware of others.

Without such awareness, it would be a black and white world lacking both the nuances of grays and the wide spectrum of color this world consistently needs. Yes, the pun is completely intended.

Unus pro omnibus, omnes pro uno is Latin for one for all, all for one. The Three Musketeers immediately come to mind so, in French, it would be un pour tous, tous pour un.

Regardless of the language, the meaning is about being of service to each other. In the King James Bible, 1 Peter 4:10, it states that “As every man hath received the gift, even so, minister the same one to another, as good stewards of the manifold grace of God.”

So, this is about Jennifer Anne Demers.

Jennifer Anne Demers is a fifty-year-old developmentally challenged woman. She has been challenged since her birth with multiple disabilities.

Ms. Demers is an artist. Please let me be perfectly clear before I continue – neither her gender nor her disabilities make her any more acceptable, different or special as an artist.

This is true of Jennifer, the first woman artist I profiled for this adventure of indexing all of the contemporary artists in the Southcoast community. There couldn’t be, in my estimation or opinion, a better choice.

Ms. Demers is an active, practicing artist. She is a member of Gallery X where she has had a solo show in May of 2010. The show was a retrospective representing 15 years of her paintings – but, her magnum opus in my humble opinion is topped by her smiling crucified Christ titled – Love is the Message – Love is the Drug.

She called the show, Jennifer’s Journey

The exhibit displayed over 40 of her works in the Frederick Douglass Gallery of Gallery X.

When I asked her how she felt when she approached her easel, she didn’t answer verbally. The expression on her face perfectly articulated her answer artist to artist.

You see, she has achieved what so many artists struggle with, ”…a way to communicate words and feelings she otherwise has difficulty expressing to people and for things she cares about.” as her write-up in South Coast Today stated.

In many ways, it could be said that she has had other challenges; challenges sometimes harder to overcome than the developmental issues she was born with. But, don’t we all?

As people, regardless of class or background, we all have to overcome how we see ourselves and sometimes more so, how others see us. Artists are no different.

We too deal with our personal challenges, as well as, the challenges society presents us. A mindset of diversity should include artists, too. Pop star Lady Gaga said, “I think tolerance and acceptance and love is something that feeds every community.”

I once stated in an Art History lecture that I felt, as an artist, as though I was (perceived to be) handicapped. It was a feeling that I stood out and couldn’t fit in for whatever reason. A student raised her hand and identified herself as an art student and said I was very wrong!

“We are not handicapped,” she said, “They are!”

It is with this experience in mind that I see Jennifer as no less or no more valid than any other artist because of, or regardless of, her handicap. She has achieved what she has achieved because of the love, respect, and support of her family.

Her parents, Norbert and Priscilla Demers, are no strangers to the challenges that life can present. Yet, to look at their beautiful home and their demeanor, you’d swear that they didn’t have a care in the world. Jennifer smiles a lot.

The apple doesn’t fall far from the tree. Jennifer’s siblings Jeffrey and Christopher have also been there for her, as they should, but also in many other above and beyond ways reflecting their complete love and acceptance.

Margery Williams, who wrote the classic – The Velveteen Rabbit – penned these immortal lines, “Real isn’t how you are made,’ said the Skin Horse. ‘It’s a thing that happens to you…”

Once you are an artist…

You can’t be unusual or weird or not fit in, “except to people who don’t understand,” as the Skin Horse said. Ms. Demers has had the support of her loving family and the tutelage of her devoted art instructor Susan Cabral, a successful local artist.

Jennifer is an active member of Gallery X where she has consistently exhibited her work alongside that of her fellow artist members in the gallery’s many themed open exhibitions. So what? So have all of the other members.

Ah, but what makes anything unique here is obviously Jennifer’s character and personality. As I wrote in the previous article about Gallery X, it is a sanctuary that, “…offers new and emerging artists a place to start and an opportunity to become part of something very dynamic…”

Gallery X members, local non-member artists, and volunteers are all welcomed to pursue, assist in and promote the institution’s cultural outreach agenda. Simply, casually and inclusively…”

That last word – inclusively – is the most important of all. Jennifer is included in her family, as an art student and as an artist member of Gallery X.

She also knows how to include. She has reached out, too. She donated 25% of her solo art show (Jennifer’s Journey) sales to Gallery X and 25% to the Buttonwood Park Zoo – one for all, all for one.

When she was a child, her grandparents would take her to the zoo, a far different place than today’s Buttonwood Park Zoo except for one thing. It was at the zoo that she met another girl who was about the same age.

The girl’s name was Emily.

Emily the elephant. Her mom says, “Jen loves animals!” You can’t help but see that when you look at her many paintings of animals of giraffes and sea turtles to geese and wolves, to mention just a few of these portraits in her repertoire.

One of her favorite pieces, however, is that of her old friend the Asiatic Elephant (Elephas maximus) Emily, which was included as part of the festivities of the (then new) Buttonwood Park Zoo grand reopening in August of 2000.

Emily’s portrait shows the animal’s character as Jennifer saw it. Character is a very important term. Jennifer M. Demers is not just an accomplished artist; she is also an individual who has exhibited her character many times over in many ways.

How about adding an accomplished athlete to her resume! Jennifer Demers participated in the International Special Olympics held at Brockport, N.Y., in 1979 where she won a bronze medal.

She was awarded the medal which would be added to her many local, county and state awards, in a torrential downpour. But, as with the other challenges she’s faced, there was that smile on her face.

She lives what Jimmy Durante penned and sang in the old pop classic – Smile. As the song goes, “You’ll find that life is still worthwhile if you just smile.”

Her artwork makes you smile too.

“Everybody smiles in Jennifer’s work,” dad Norbert says. The smiles of the subjects; even the flowers seem to be happy, and the smiles on most viewers faces are genuine.

Not because her work is naive – it isn’t. It is very truthful right down to her bold signature. In fact, it’s her signature that says a lot.

In most cases, it is part of the composition. Considering everything else, Jennifer has an innate sense of composition.

Then again, it’s the signature that also betrays her. What I mean by that is that it somehow may lead some to believe that what they’re looking at isn’t real art by a real artist.

Nothing could be further from the truth. There are many real artists who wish their work could be as authentic and honest as Jennifer’s. From the first time she announced she wanted to “paint houses” and proceeded to draw her home on the chalkboard in her kitchen to the present day, she was a real artist all along.

To borrow from The Velveteen Rabbit once again is apropos because of Ms. Demers’ love of animals and the way she captures their essence and spirit.

”It doesn’t happen all at once,’ said the Skin Horse. ‘You become [real]. It takes a long time. That’s why it doesn’t happen often to people who break easily or have sharp edges, or who have to be carefully kept… But these things don’t matter at all…” 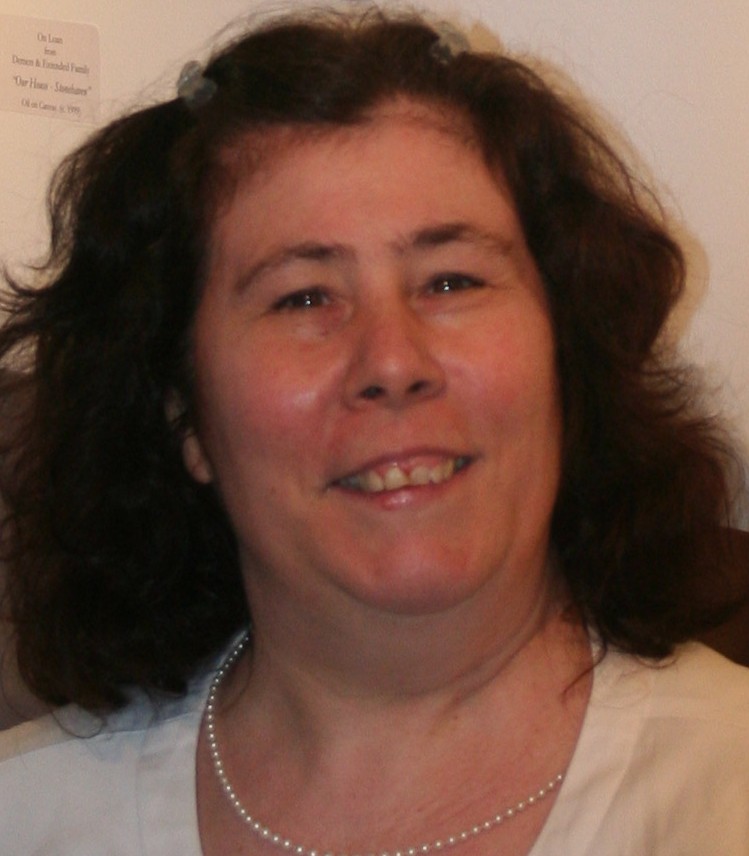