THE SWAIN SCHOOL OF DESIGN PODCASTS

To some, it’s completely gone. The heart was transplanted but the soul has been lost…

Watch for the New Swain School of Design Podcast Series!

BY RON FORTIER 08-20-2021 – Don Wilkinson will be hosting the new Push & Pull Podcasts focusing on the fabled Swain School of Design here on The Artists Index. Listen in on Don’s conversations with former students, faculty, and classmates as he chronicles the history of Swain from as far into the past as possible to when it was incorporated into the University of Massachusetts system in 1985.

The merger, so-called, has affected the psyche and trajectory of the Southcoast’s creative community in many ways. Don Wilkinson, a Swain graduate, has been a guest on the In-Focus Podcast,  Episode 4 and Episode 63. Don received his BFA in Printmaking from the Swain School of Design in 1982, and his MFA in Visual Design from the University of Massachusetts, Dartmouth in 1991. He wrote the pre-pandemic BART Chat and Art Beat columns for Southcoast Today.

His writings have appeared in Artscope Magazine, Art New England, The Standard-Times, The Providence Journal, Ceramics Ireland Magazine, and other publications. With the advent of the global pandemic, Don’s title of art critic gave way to art writer since his efforts are now more focused on writing about the artists of the Southcoast in the Artist Profiles for the Southcoast Today [Standard-Times] Thursday Coastin’ Magazine.

He lives with his wife Elizabeth, a fabric artist and photographer, in New Bedford along with their three dogs, two cats, a rabbit.

A bit about Swain from an article written by Don…

Swain offered a very academic, almost European approach to art education, with courses concentrating, primarily, on drawing, painting, printmaking, and sculpture, with liberal arts courses, limited mostly to aesthetics and art history. Working from the nude, from the still life, and from the landscape was the prescribed formula that might – or might not – lead to abstraction.

I wrote about Swain in this In-Focus Article and asked, what is it about this institution, the Swain School of Design, that evokes so much emotion to this very day? Perhaps it is because it is both here and not here. Sort of like the scent of my dad’s cologne that still remains on his hat. It continues reminding me of him in both a tangible and intangible way. He too is both here and not here.

Speak to an alum like Don about Swain and you get more than yearning or nostalgia about the place. The physical aspect, the buildings on Hawthorn, Orchard, and County streets are there (and, not there) but now belong to and are used by someone else.

This feeling isn’t isolated. It’s universal. Although Dorothy believed there was no place like home, Thomas Wolfe reminded us that you can’t go home again. And that is the affliction I believe the Swainees collectively suffer from. Although the spirit of the institution lives on in the University of Massachusetts Dartmouth’s College of Fine and Applied Arts, it’s the sense of place that has been lost.

To some, it’s completely gone. The heart was transplanted but the soul has been lost.

So, with all this in mind…

Don Wilkinson invites you to tune in to Push & Pull and to sign up as a guest on the podcast. 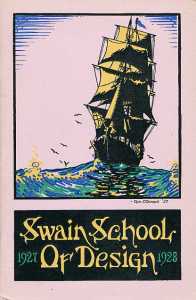 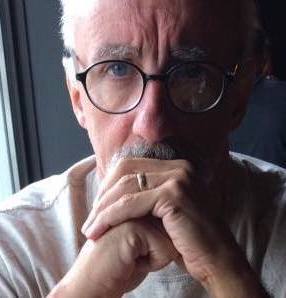